The Story of California's Crystal Cavern

The crystals that you purchase come from this rare fault-line dilation in the California Mother lode. 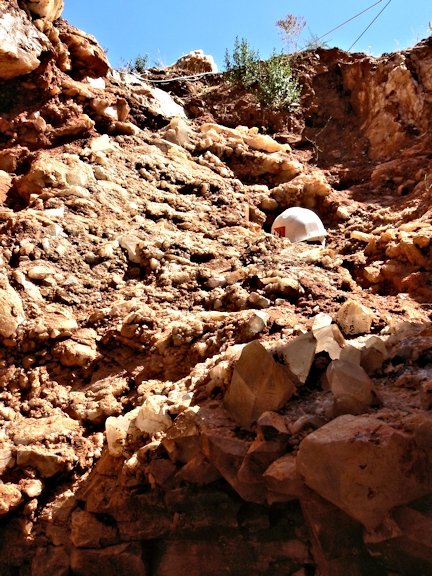 The geology of the California Mother Lode region is well documented.  As the continents were forming, the North American Plate uplifted as the Pacific Plate subducted underneath it.  This created the Sierra Nevada mountain range millions of years ago.  Erosion and environmental changes shaped the landscape.  Major seismic activity like earthquakes frequently occurred.  Glaciers covered our area at different times. These massive geologic events caused cracks in the bedrock that allowed really hot solutions of super-saturated silicate solutions to blast upward under great pressure.  As it cooled, these silicate solutions formed quartz crystals.  Scientists have long debated how the rapidity of cooling affects quartz crystals, their sizes, shapes, clarity, and inclusions.

The following specimens are of Heirloom quality with detailed provenance.

This natural twin crystal was carefully removed from the fault-line crystal cavern.   Translucent to transparent,  glows beautifully in the sunlight.  The original crystals that make up this specimen were perhaps longer, sheared by activity in the fault zone and re-healed with later stage solutions.  Measures 28" long by 20" high by 15" wide.  A truly unique specimen from this Historic Site.

This high grade 102 pound quartz crystal is a complete floater.  Sheared and re-healed during fault-line activity.

Displayed by twirling on a cloth rope.  This stone will look great displayed in natural light.